Draper University: Can Innovation and Entrepreneurship Be Taught?

by Margarita Khartanovich
Startups might not succeed all the time at what they set out to do, but that does not mean that it is the end of the line
Young entrepreneurs can take down very disruptive ideas and when these ideas are successful, they create a lot of value

We talk a lot about entrepreneurship, sometimes we talk about the enterprising nature of a person that we know. However, what really is entrepreneurship? Is it something of a natural instinct or can it be learnt and honed? Draper University, which is a privately owned school located in San Mateo, California, claims that they can help individuals ‘identify and exercise the unique traits’ that will help them shine as an entrepreneur or innovator. The school was founded in 2012 by Timothy C. Draper, who is also the founder of Draper Associates. Timothy comes from a family of venture capitalists and is the third generation of Drapers who have been active in this field.

We talked with the CEO of Draper University, Andy Tang. He has also been the Managing Director of Draper Dragon Fund III for more than a decade. We wanted to talk innovation and entrepreneurship with the CEO but we also wanted to know what makes Draper tick, and also try to understand the effectiveness of their programme. 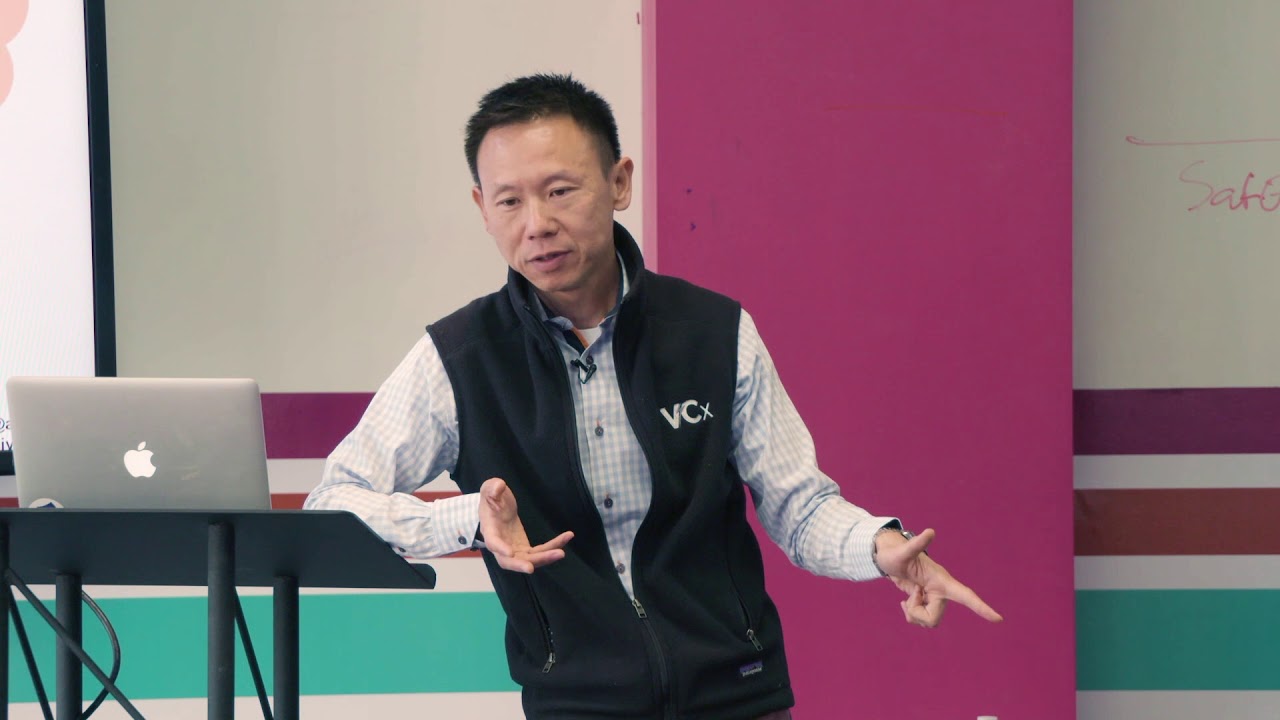 “Progress is incremental but innovation is disruptive. So we prepare our entrepreneurs to really accept failure and then keep trying new things.”

Andy’s take on the tutoring of innovation seems to be that the essential ingredient is ‘mindset’. He also thinks that the ability to accept failure is important in order to be an entrepreneur, but also to have the courage to try again - a lot of inventions were discovered by trying and failing. Differentiating between progress and innovation, he says, “Progress is incremental but innovation is disruptive. So we prepare our entrepreneurs to really accept failure and then keep trying new things.”

Does it really ensure success? The answer may lie in the culture of Silicon Valley itself. Andy certainly attributes the success of the Draper model on that. When people are interviewed in other parts of the world, failure is downplayed. In Silicon Valley things are a tad different. He explains it like this, “In Silicon Valley you often hear applicants say ‘I went to this start-up that failed, and we tried this, it didn’t work, and we tried that, but I invented this’”.

Size Matters or Matters of Size

Startups might not succeed all the time at what they set out to do, but that does not mean that it is the end of the line. Sometimes things take a turn when a larger company sees value in the work that a start up has been undertaking and decides to acquire it. Andy explains this with an example of an attempt to cure cancer.

“The moment I assemble the best team, there’s value in that business. Even if I fail, someone in a big company would want to acquire that company or want to hire the talent by acquiring the company.”

“If I try something really drastic, like I wanna cure cancer, right, and I hire the smartest biochemist to work on a cure, the chances are that I’m gonna fail, right? Statistically speaking I’m more likely to fail than to succeed. But the moment I assemble the best team, there’s value in that business. Even if I fail someone in a big company would want to acquire that company or want to hire the talent by acquiring the company.”

Of course, the motivations for bigger companies may not always be the same that the startup originally had. However, at times synergies can exist that could create win-win scenarios as well. Andy Tang gives the example of a soft-riding car technology startup who could work with General Motors and use their distribution muscle. For GM, they could use the tech instead of having to develop it in-house, and for the startup they could reach their customers sooner. The consumers benefit as well as GM could usher in economies of scale. 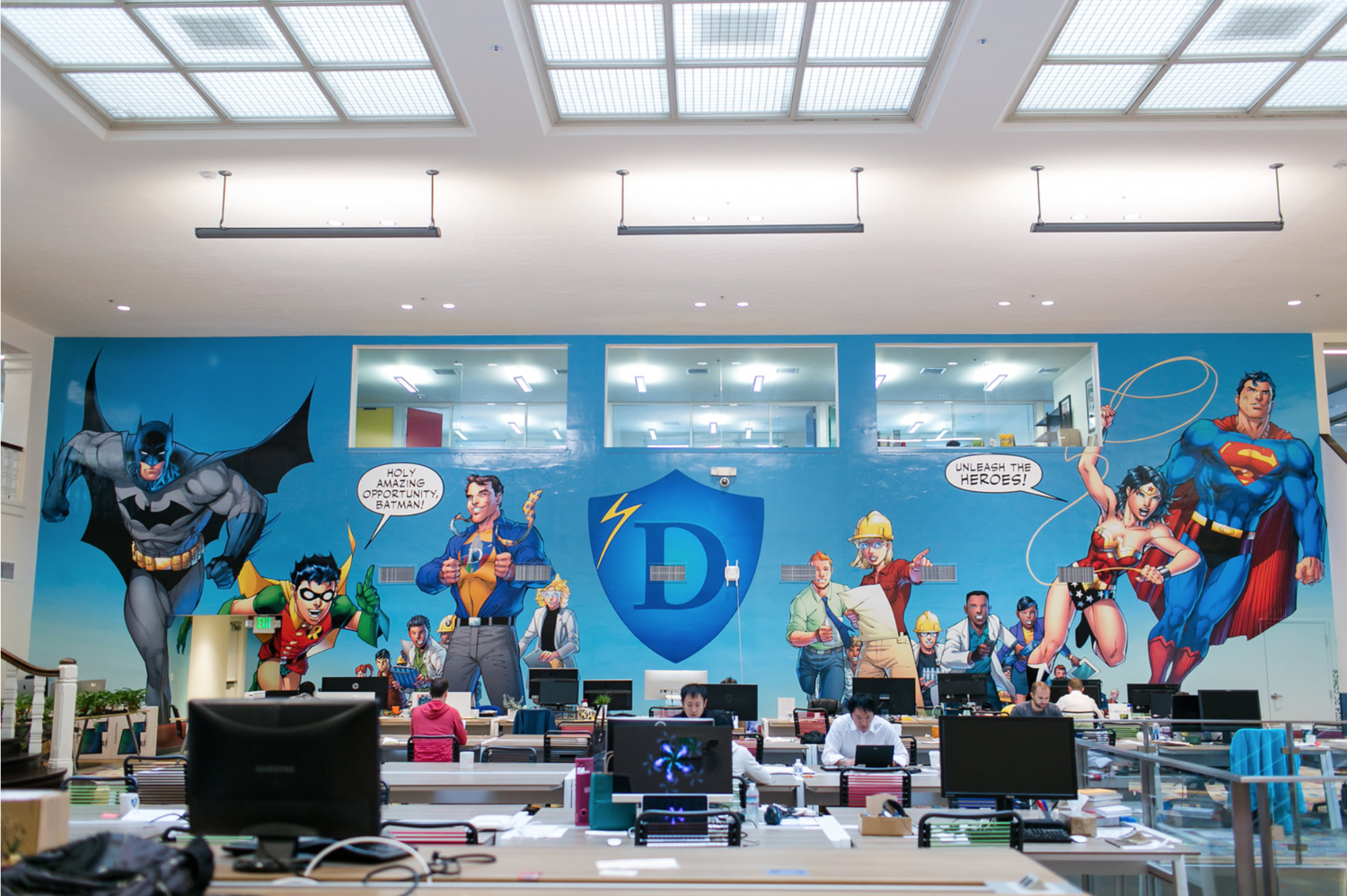 At Draper, they have something called ‘The Vision Week’ where successful entrepreneurs show up and talk about their stories. This part of the course is important for first-time entrepreneurs because it allows them to think ahead and picture the future. For startups it is important to do something big, which in turn increases the meaningfulness of the project.

Explaining the importance of this facet of entrepreneurship Andy explains, “A math problem I often give to our students is - if you think of a project that has 50% chance of a success, and then it has a five times of earnings, you get five times your money back. Versus  a 10% chance of success, but it has 100 times the earnings. This is called the expected value statistics. 50% x 5 = 2.5, expected value is 2.5. But 10% x 100 = 10. And as a mathematician, which project you should take on? Always the second one, right? It’s 10 times bigger than 2.5 times. But when it comes to people choosing projects - we are human, we’ll choose the first one, the 50% chance one, because it’s safer.” 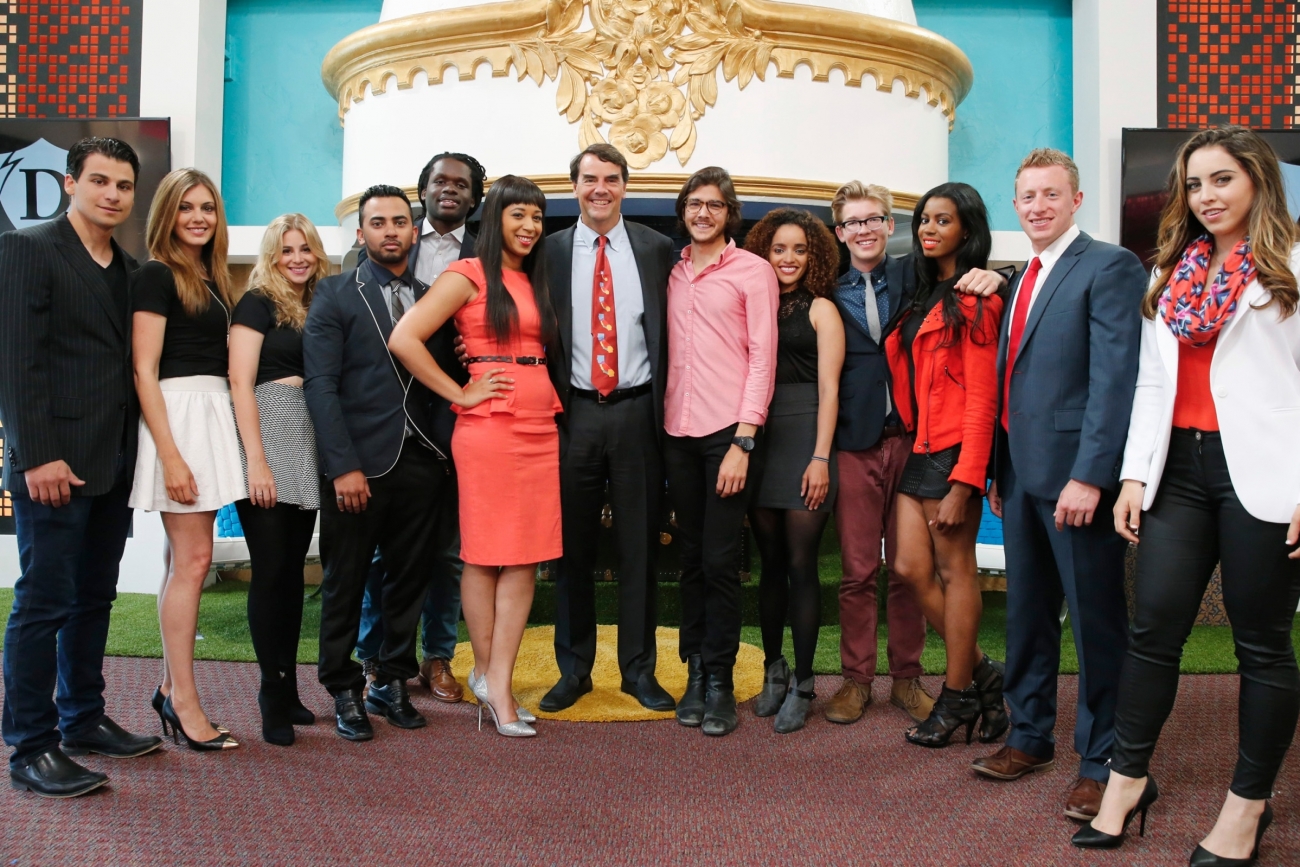 Transformation Needs a Lot of Courage

Having a vision, though, is not enough, that is why in the second week of the curriculum they have ‘Design’. This is where problem solving occurs. Building on his earlier cancer example, Andy talks about how incremental progression is not really the key here. So while mainstream pharmaceutical industry may come up with a new drug that may prolong life by some years, or the use of chemotherapy or radiation etc, this is not what the students’ focus would be on but they would be rather encouraged to think out of the box. An approach that no one else is focussing on.

“Nearly everyone in technology world in the Silicon Valley knows what bitcoin is, but if you look at a big picture, 99% of population doesn’t know what bitcoin is.”

This might obviously invite ridicule from the mainstream. He builds on this by saying, “If we’re talking about finance, nearly everyone in technology world in the Silicon Valley knows what bitcoin is, but if you look at a big picture, 99% of population doesn’t know what bitcoin is. So I would still see… bitcoin.. this is not the obvious way to solve the banking problem. Even though you and I may think it’s really pretty popular, but I think it’s still… most people would think this doesn’t work. That’s how we encourage our students to go to these kind of sectors, to support the transformation. Because this kind of transformation needs a lot of courage.”

It is important for Draper students to think differently and not just process information as it is done at present. Keeping an open mind ensures that opportunities are not missed. Andy recommends, “Don’t ever judge the idea by the presenter.” He knows what he is talking about as he has learnt from 20 years of investment data that 20-30 year old entrepreneurs happen to produce the best outcomes. He propounds, “These young entrepreneurs can take down very disruptive ideas and when these ideas are successful, they create a lot of value, for everybody, including their shareholders. We want to make sure we always listen to people’s ideas.” 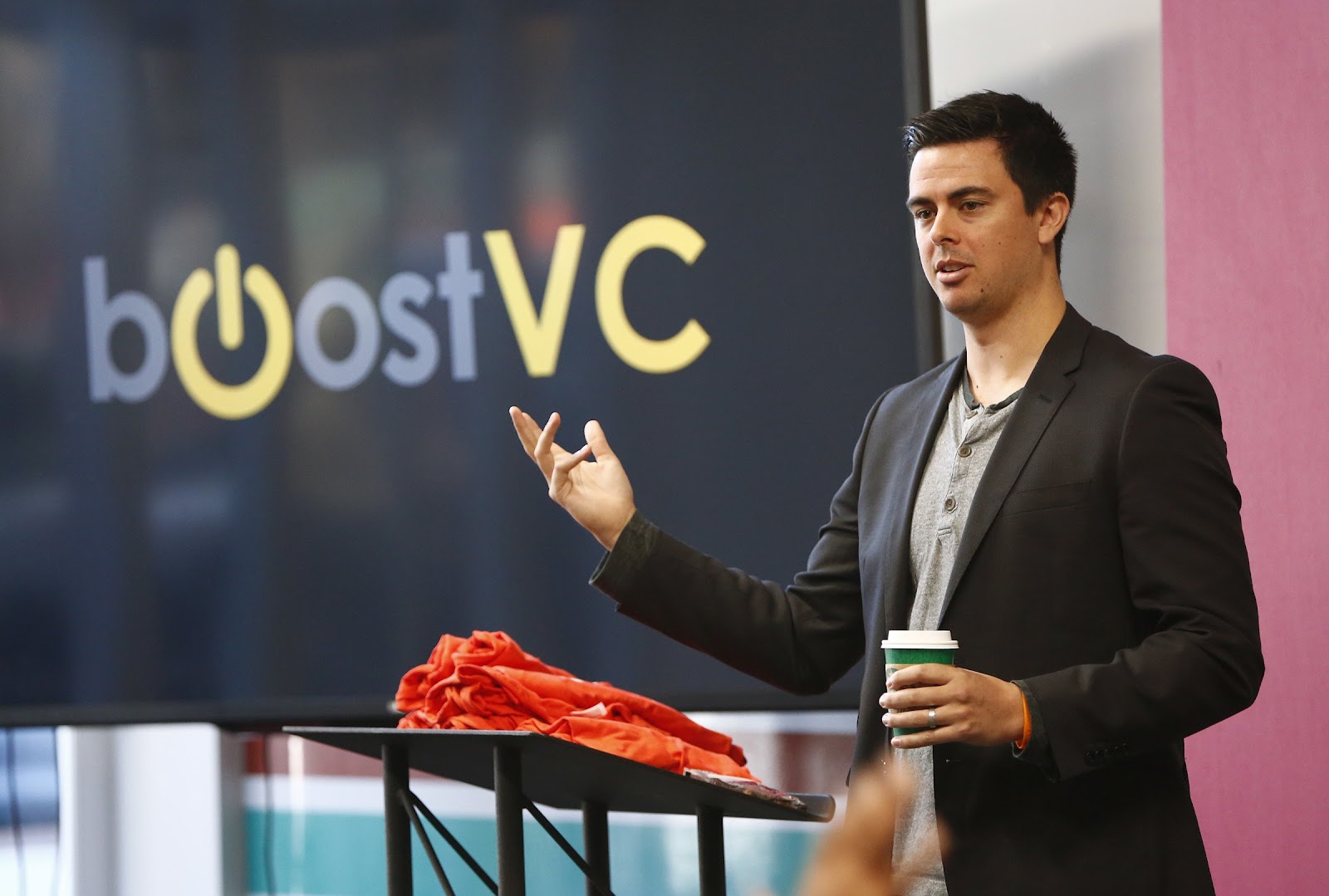 Supporting entrepreneurs is important as well. This involves making sure that there is no second guessing and never assuming intellectual superiority over others. Avoiding false negatives and being cautious about the ideas that are presented can go a long way in supporting budding entrepreneurs and not missing out on innovation.

Andy Tang is clear in his vision of what it takes to support an entrepreneur. He says, “So in my work often we were investing in something that doesn’t work. So that’s okay. Because the goal is not to miss out on a big chance because our job is to support entrepreneurs who want huge innovation. That’s my approach to not missing out on innovation.”

Blue-chip companies are often like a fogbound oil tanker, severely lacking in vision and manoeuvrability. They’re simply too big to change course, or are afraid of what they don’t know- but what you don’t know can pose a real threat.

That’s why in this new, agile age, start-ups are the ones to lead the way in innovation, taking the risks that others simply won’t- either through fear of failure, or simple lack of knowledge. And institutions like Draper University are vital to bridging that gap between established, cash-rich incumbents and bold, brash startups who are they key to unlocking innovation.

It’s unlikely that more established firms will change their ‘if it ain’t broke, don’t fix it’ approach any time soon. They’re naturally risk-averse, which could be a real risk in itself. And that reticence creates a lucrative gap for those daring enough to dream.

This article was prepared with the help of the Draper University and co-authored with BDJ tech writer Shivdeep Dhaliwal.