Making sense of digital technologies
Brains Behind – INTERNET OF THINGS

by Margarita Khartanovich
By the year 2020, there will be 50 billion connected devices
One of the main challenges for IoT will be integrating them into one coherent ecosystem

The internet has been around for a long time now. The technology has evolved from pioneer messages being sent in the 1960s to today’s internet where video, voice, images and text are shuttled around the world constantly. Now that all the people are connected, how about the things they use?

The Internet of Things (IoT) can be understood quite simply as ‘Talking Toasters’. Imagine your toaster being able to communicate with your coffee pot, and both of them working in sync to create a breakfast in perfect harmony.

According to the IEEE Spectrum, it is estimated that, by the year 2020, there will be 50 billion connected devices. IHS Markit estimates that this year alone will see 31 billion IoT devices be created. Their latest IoT Trend Watch Report identified key growth drivers for IoT, including the coming of the age of 5G, IoT applications for blockchain, and the emergence of cellular IoT gateways.

“Now that all the people are connected, how about the things they use?”

Binary District Journal spoke with Luca Tausel, Client Experience Leader at IBM Watson IoT, about the emergence of IoT and where it might be headed. Luca is not only a consultant, engineer and business developer, but also has over four years of experience with IoT technology. He is working at the newly developed IBM Watson Internet of Things World Wide Headquarters in Munich, Germany.


The IBM Approach to IoT

While talk about IoT has existed now for many years, the challenge has always been what you can build on top of it, according to Luca.

Moreover, the importance of IoT lies in the value that one can extract from the information provided by the things we interact with on a daily basis, be that a bottle of water or a bicycle. He thinks that the potential of IoT spans industries of a traditional nature all the way to those he terms part of Industry 4.0.

“This year alone will see 31 billion IoT devices be created.”

On IBM’s position on IoT, Lucas explains: “Every other industry is related to IoT, be it insurance, automotives, the way that we interact with our homes, telecommunications – every industry actually relates to it. Our point of view is that it really all starts from identifying the value, the need, the use case that you want to solve also using information that comes from devices. So that’s our point of view on the Internet of Things.” 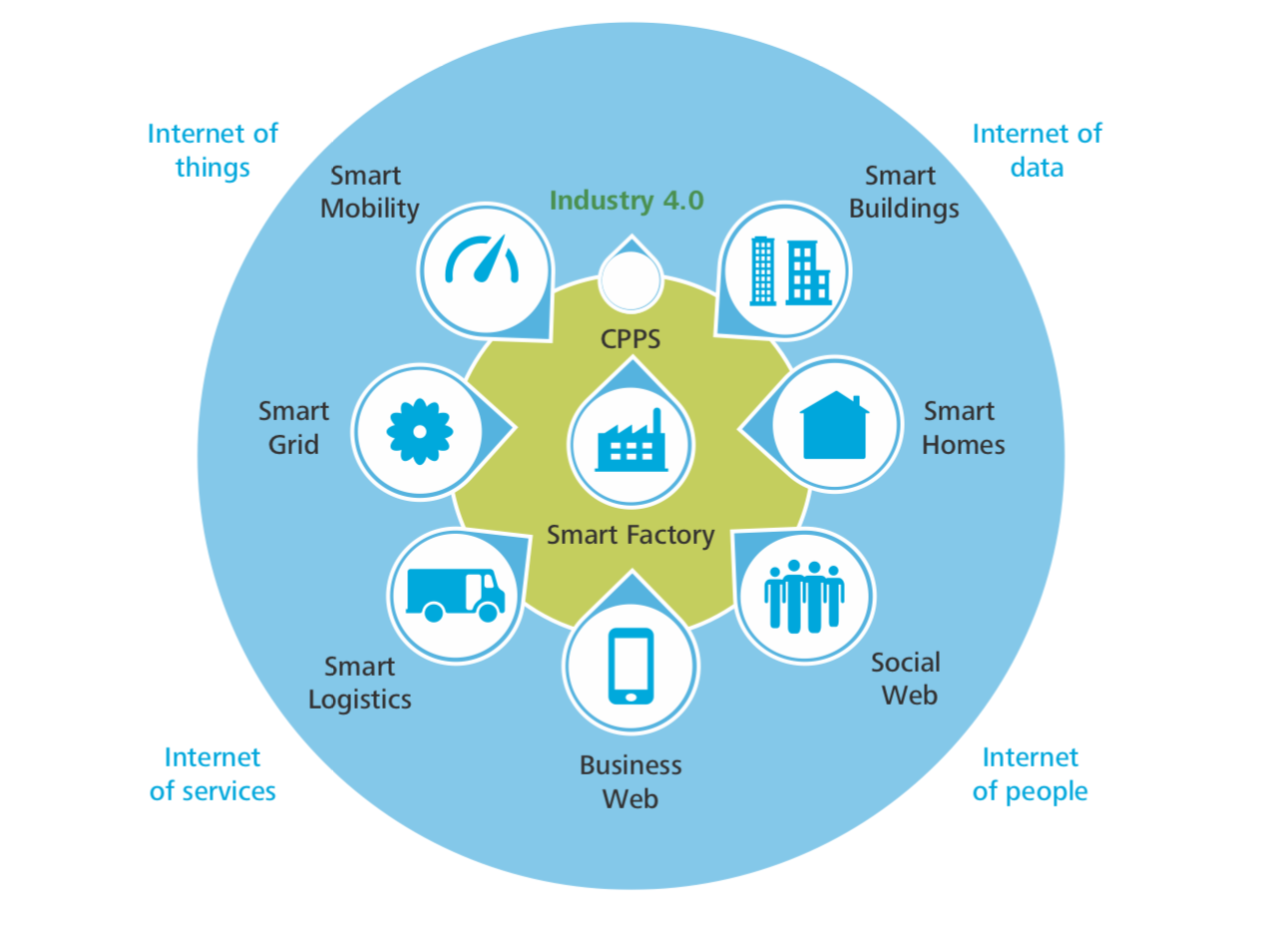 The Need to Play Together

In the early days of the internet, there was a number of protocols that allowed for networks to communicate within themselves. It was only when the Internet Protocol Suite (TCP/IP), developed by Robert E. Kahn and Vint Cerf, became the de facto standard that the net really exploded.

Similarly, in the IoT space, there are many different platforms, providers, and hardware and solution producers, according to Luca. He thinks that one of the main challenges for IoT will be integrating all these different sources of information into one coherent ecosystem.

He explains, “What we’re seeing more and more is that not one player can play this game alone; everybody needs to partner with best in class technology – make it hardware solutions or companies overall. They are one part of the solution. So what we’re seeing, overall, is that platforms need to be flexible enough, robust enough and scalable enough, to be able to accommodate the needs of very different types of solutions or providers, to build applications.” 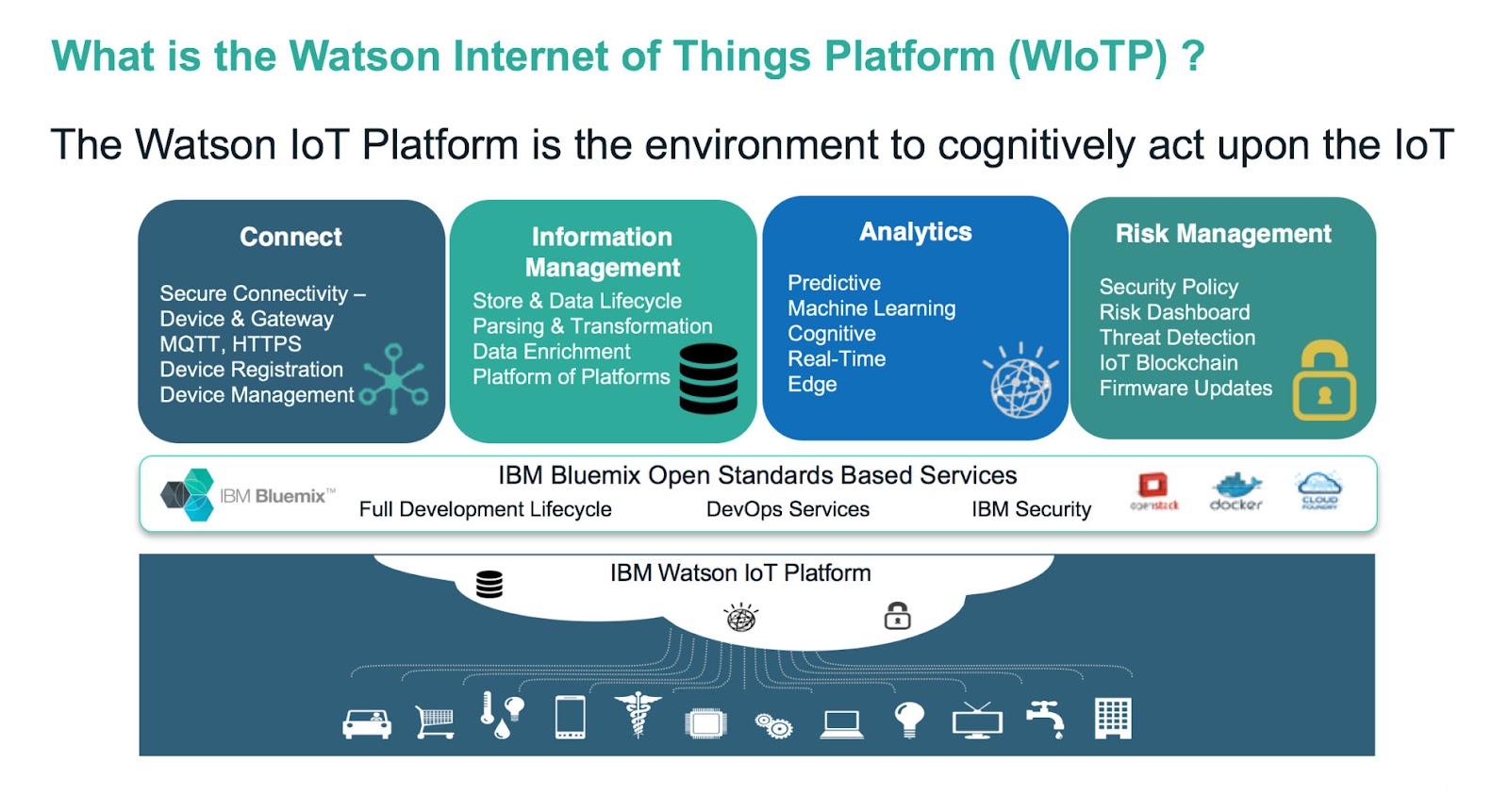 Where Do You Fit in a Blockchain

The use of blockchain in conjunction with IoT has stoked many discussions. We asked Luca what he thought about the issues inherent to blockchain technology, the largest one being scalability. His view was that it depends on the use case and the particular problems that you are trying to solve. He described blockchain as an “incredible technology” which is extremely relevant in some use cases, adding that it “marries well” with the capabilities of IoT as a way of managing transactions in a “pretty innovative way”.

“Blockchain is an “incredible technology” that “marries well” with the capabilities of IoT.”

Every field attracts a certain type of person with a particular skill set. In terms of the people working on developing the technology, Lucas explains that the skills of these folks range from hardware to machine learning and ‘anything in between’.

In terms of the skills that IBM is looking for? “The type skill sets that we’re looking at are really wide. More and more people with different types of backgrounds find their space in the IoT space. I would say that the higher end of these types of skills sets – so everything from data scientists to machine learning experts – is probably what the market is needing the most today.”

Lucas himself works at the Watson Internet of Things headquarters in Germany. They conduct activities related to development, research, consulting and sales. A number of partners and clients are also located there, working with IBM under a framework of different partnerships.

“They develop and work with us on different project streams. One of them, for example, being a large incubator from the Technical University of Munich and many other clients of ours. So, it’s overall a place where we not only discuss innovation and Internet of Things but we also build solutions,” explains Lucas.

Of Elevators and Rhino Poachers

Talking about the kinds of projects that he finds interesting in terms of implementation, he tells us about Kone, a company that manufactures elevators and escalators. He explains how they worked with IBM’s platform and were able to not only offer their clients devices but also mobility. Their machines are able to “machine communicate” as to how they are doing and how each piece of machinery is faring. This enables them to create a completely new business model and helps them monetise the usage of their escalators and elevators by people.

He also cites the example of Welgevonden Game Reserve in South Africa, where the main challenge was to preserve the Rhino population in the country which is under attack from poachers. The solution, Lucas says, lay in using the local animal population: “We developed a bright solution where we are putting coloured sensors on some of the wild animals that are living in the same area as the rhinos, and we begin to detect the patterns of movement – how they react when approached by poachers and how they react when approached by tourists or other species. Then we developed these models to be able to predict when possible threats might arrive at the rhinos, based on how we monitor the other species”. 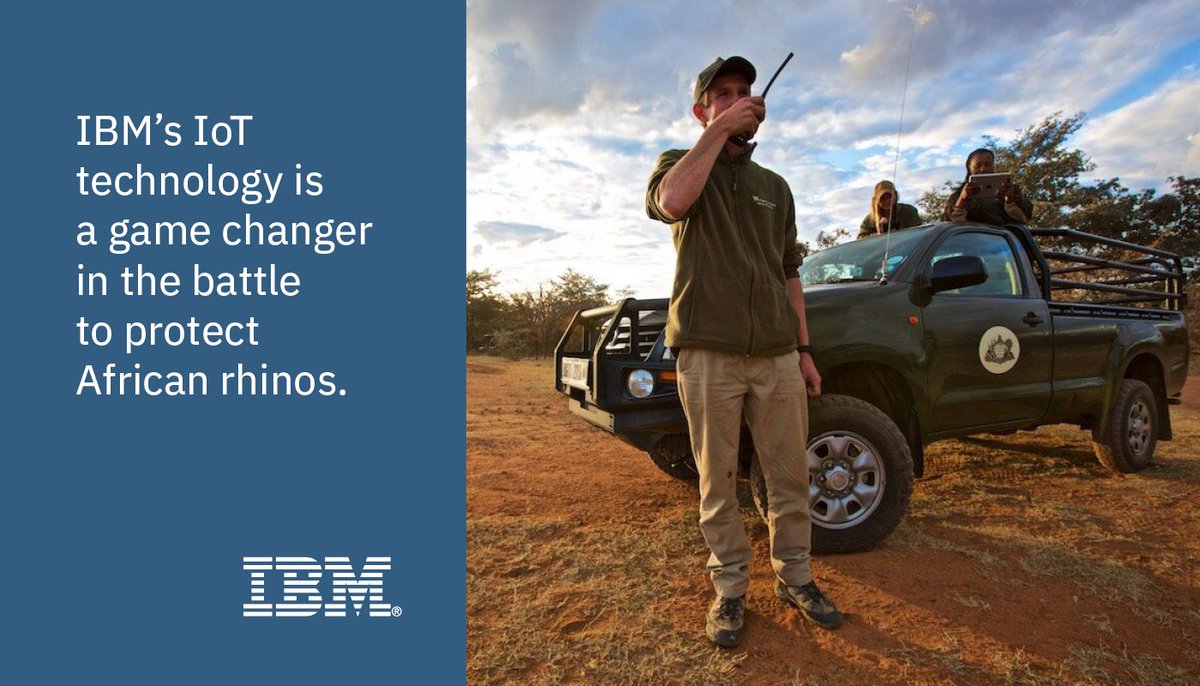 Should you be scared of your toaster talking to your coffee maker? Not really, as Lucas puts it, “we shouldn’t be scared of it, we should be working on the policies and regulations that are around it”.

This would not only allow for new business models to emerge, but also present new opportunities for everybody – in our personal lives and in the industrial world. So we suggest you let your toasters make your coffee for you and relax.to

IBM is no stranger to harnessing the very pinnacle of innovation nor helping those who need it most. In 1956, Big Blue introduced the hard-disk drive for the first time, a technology that has maintained its position as the dominant secondary storage device to today. And this comes after it used its tabulating equipment in in 1937 to track persecuted groups under Hitler’s Third Reich!

This article was prepared with the help of IBM Portugal and co-authored with BDJ tech writer Shivdeep Dhaliwal.