Joshua Lind: Best Results Will Come from Academia, Industry and Community Working Together

by Shivdeep Dhaliwal
The world is facing a host of new and complex blockchain issues that we've never had to face before
Joshua Lind discusses how academia may be able to help, Teechain and how he was inspired by the elusive Satoshi Nakamoto

Binary District is holding a Bitcoin Channels Meetup at Primalbase Berlin on May 17, 2018 between 6pm and 9pm. The initiative cuts through noise surrounding emerging blockchain technology and focuses on the core issues underlying its development. The guest speaker at the event is Joshua Lind, a PhD researcher at the Large-Scale Data and Systems Group at Imperial College London.

Lind is also the primary author, developer and lead for the Teechain network, an off-chain payments protocol which he claims to be the fastest in the world. BDJ spoke with Lind to learn more about the Teechain network, his research work at Imperial College, and his views on the issues surrounding blockchain.

Satoshi as a Muse

Before Joshua Lind was a PhD student at Imperial College, he finished a masters degree in computing engineering from the same institution in 2015. “I have since been doing system security research under Professor Pietzuch”, he says. “The kinds of research I'm interested in relates to the security, privacy and performance of large distributed systems in the real world, for example, cloud environments, peer-to-peer networks and blockchains (of course!)”.

“It was the original Bitcoin paper authored by Satoshi Nakamoto that fuelled his interest in the subject.”

Explaining what drove his interest in blockchain, Lind says that he did not pay much attention to blockchains and cryptocurrencies until late 2013. The original Bitcoin paper authored by the mysterious Satoshi Nakamoto piqued his interest in the subject.

“Although I had heard about the technology it didn't really grab me until I started doing research for my Master’s thesis. It was at this point that I actually sat down to read the Nakamoto whitepaper ... I discovered just how thought provoking a decentralized cryptocurrency could be”, he says.

Lind recalls how this influenced his future trajectory. “I started to tinker with ideas, and a few months later decided to do my Master’s thesis on the Bitcoin Blockchain under Professor Knottenbelt (now-head of the cryptocurrency research center at Imperial). The result was that I ended up creating and publishing the "Bitcoin Betting Exchange" – the world's first provably auditable and anonymous Bitcoin betting exchange”.

“I've been fascinated by decentralised systems ever since!”

Lind’s exchange allowed for the protection of identities and privacy of bettors even on public blockchains like that of Bitcoin (and of course, nobody’s identity is better protected than Satoshi’s). The exchange also protected bettors funds by utilising proof-chains.

“We even took the idea one step further, and released an alpha version online for the Bitcoin testnet as well as designed a trusted hardware device that protected private keys from external attackers”, he adds. “I've been fascinated by decentralised systems ever since!” 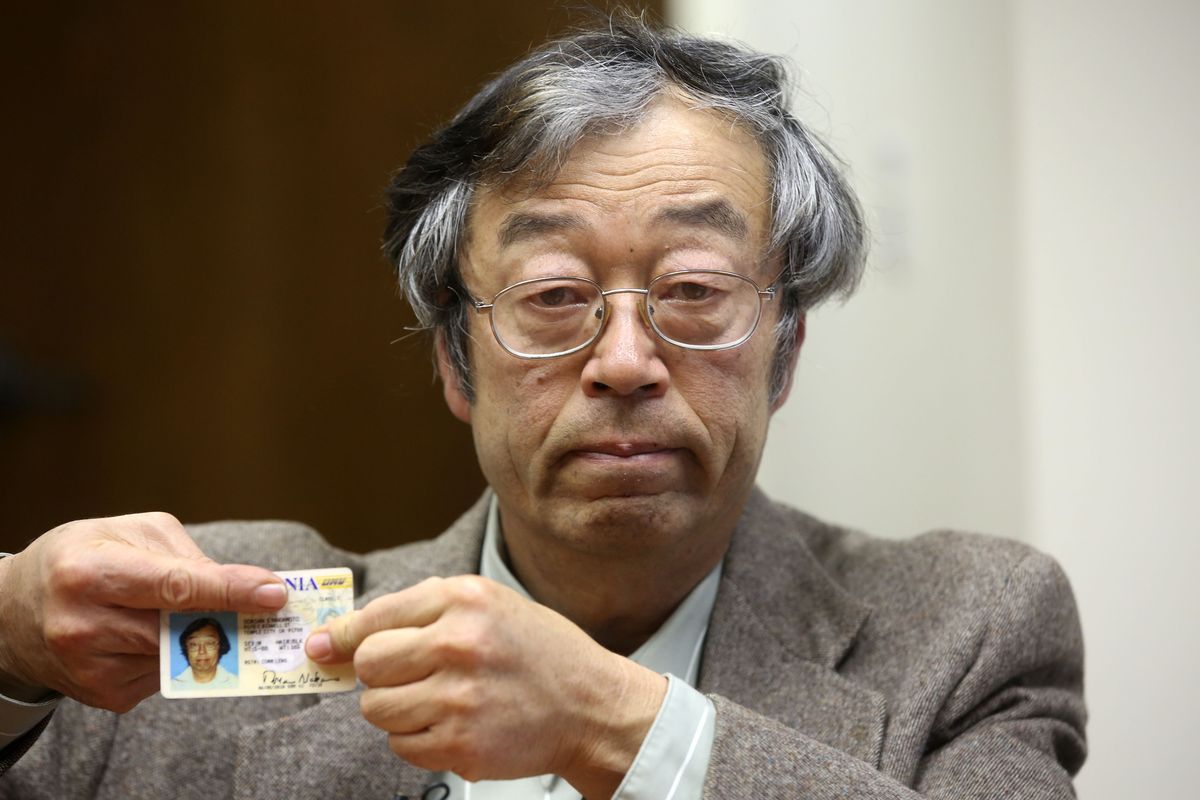 However, the most remarkable and well-known project has been Teechain, of which they have just released an alpha version. Teechain, according to Lind, can overcome the performance limitations of existing cryptocurrencies by offering off-chain payments using trusted hardware.

“Although existing solutions, such as the Lightning Network, have made great strides, we've identified several problems.”

The Teechain project, Lind claims, is currently the speediest system in the entire world, and recently passed a key milestone. “Teechain is currently the fastest system anywhere in the world for processing and issuing cryptocurrency payments in a decentralized way, having passed the 100,000 transactions per second (per payment channel) mark a few months ago”.

However, he acknowledges the presence of other excellent market players. “Although existing solutions, such as the Lightning Network, have made great strides, we've identified several problems with them”, he says.

“For example, limited financial capacity, excessive fund lock-in, having to monitor the blockchain to prevent theft, large on-chain transaction costs, and having funds locked up due to counterparty misbehaviour”, he notes.

Lind naturally claims these issues can be avoided by using Teechain, as funds can be moved in and out of the network and in and out of payment channels dynamically. This would in turn reduce the financial burden on its users as they do not have to monitor the blockchain.

“Our recent results show that Teechain can process 33-170 times more transactions than LN, per payment channel, and payments take about half the amount of time to settle (0.3 milliseconds!)”, he says.

The Security of Distributed Networks

The inherent public nature of some blockchains make them an attractive target for hackers, and there are an enormous variety of potential vulnerabilities to address.

Lind emphasises the sheer volume of them. “There are just so many potential attack vectors at both the hardware and software layers”, he says, adding that the incentives for attacking public blockchain-based systems are frequently more obvious than in traditionally centralised systems.

“Public account balances in Bitcoin tell you how much you could steal if you can find a private key, or a smart contract tells you what actions you can take if you exploit a vulnerability”, he says. “In a centralised system, where internals are much more hidden, it's not always obvious what the risk-reward may be and so attackers may not be as incentivised”.

“Vulnerabilities of smart contracts: a feature, not a bug?”

What happens in the event of a security breach, and what controls does Lind have in place to mitigate damages? Lind says there are always new and unique issues that arise on account of the similarly new and unique nature of the technology. If someone manages to steal something or corrupt the system, there is no central power to regulate their actions.

“Who makes the call to say that something was actually stolen, or that a smart contract did actually have a bug?” Pressing on his point about decentralised technology and difficulties in vulnerability management, Lind says that if we were to suppose that blockchain is the authority responsible to fix vulnerabilities then in that case the smart contract code would actually be the ultimate executor.

So in that sense it is quite possible to consider the given vulnerability as a feature and not a bug, as ridiculous as that may sound. On the other hand in a centralised system vulnerability management is far easier because it is done by one particular authority.

“This is all, of course, hotly debated, but it highlights the fact that we face new issues with blockchains that we've never had to face before, and the requirement for security at all layers becomes even more critical”, he says. 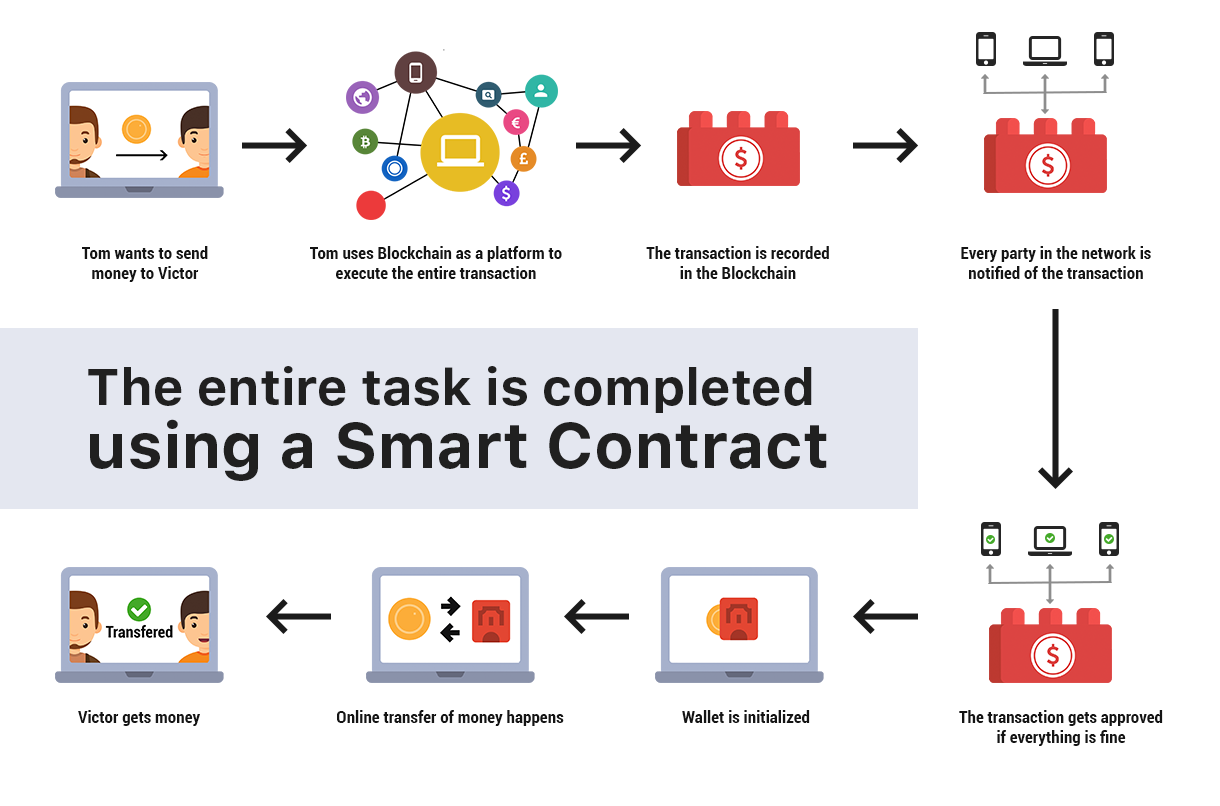 No Silver Bullet for Scaling

Lind lays it out, “Everyone is aware that scalability is a huge issue, not just in Bitcoin, but with blockchains in general”, he says. “Sure, Bitcoin has taken some heat here already as they hit scalability issues and failed to move quickly enough to adapt, but this is something all blockchain-based systems should be concerned about”.

“People should be working on both on-chain and off-chain scaling together, with different implementations, specifications and designs to cater the needs of users.”

Lind says he doesn’t believe in a single silver bullet for scaling, and that the process should be cooperative and corroborative. “People should be working on both on-chain and off-chain scaling together, with different implementations, specifications and designs to cater the needs of users and use cases”, he says.

“In the future we'll be heading for hybrid models, where users and blockchain-based systems will choose a combination of techniques to scale to increased demand”.

As blockchain technology evolves, so does the need for talent. Students are looking for the right academic institutions to develop their skills in the blockchain space. According to Lind, academia does have a role to play.

“Admittedly it's taken a while for academics and researchers to start paying attention here, but now that effort is underway, we're starting to see some really interesting insights being made”, he says. “For example, one thing that is really noticeable about blockchain and crypto in general is the huge lack of data, evidence and studies”.

Further potential lies in academia’s inherent ability to dismantle myths and assumptions surrounding blockchain and its capabilities. “For a long time, claims have been made about blockchains and cryptocurrencies that have later been proven incorrect by academia. Simple examples include assuming 51 percent mining power as the threshold for an attack (this was later disproved by selfish mining), and understanding the real state of decentralisation in Bitcoin and Ethereum”.

Academia is by its nature wonderful at scrutinising ideas, deconstructing concepts, and utilising evidence-based research to ensure functionality. It’s one thing to produce an idea or a marketable idea.

“Actually implementing the idea, deploying it and evaluating it, requiring evidence, results and data to back everything up. This is something that I think the entire space will benefit from greatly!” says Lind.

“The best results will come from academia, industry and the existing blockchain/crypto communities working together.”

“This is not to say that early efforts in this space have been in vain, but more that I believe the best results will come from academia, industry and the existing blockchain/crypto communities working together”, he concludes.

The issue of responsibility for security is key, as insecurities in the technology will have a direct impact on the value of the ‘resources’ that it stores. While its producers are clearly aware of the potential pitfalls, it is in their own interests to ensure the integrity of the system is maintained.

That said, it also offers valuable opportunities for learning: If a security breach is established, the ability for forsee, minimise, or develop one’s own work in response to those breaches could also provide possibilities for technological breakthroughs.

If you’re looking to fill the void in the market for blockchain professionals, you might face some difficulties starting from scratch. Currently, there are no universities offering degrees in ‘Blockchain Development’ or something similar, although many are implementing blockchain modules within existing computer science degrees. This list is steadily growing with a handful of prestigious institutions seeing the value that blockchain education can offer to their students.

Top US universities NYU, Duke, Princeton, Stanford, and Berkeley, all offer courses on blockchain-related topics, as does the Cyprus-based University of Nicosia, the University of Cumbria (UK), and the IT University of Copenhagen (Denmark). Two dedicated blockchain education institutions have also sprung up in the form of the US-based Blockchain University and UK-based B9 Lab Academy. So, if you’re looking to get ahead of the curve, you know where to look!